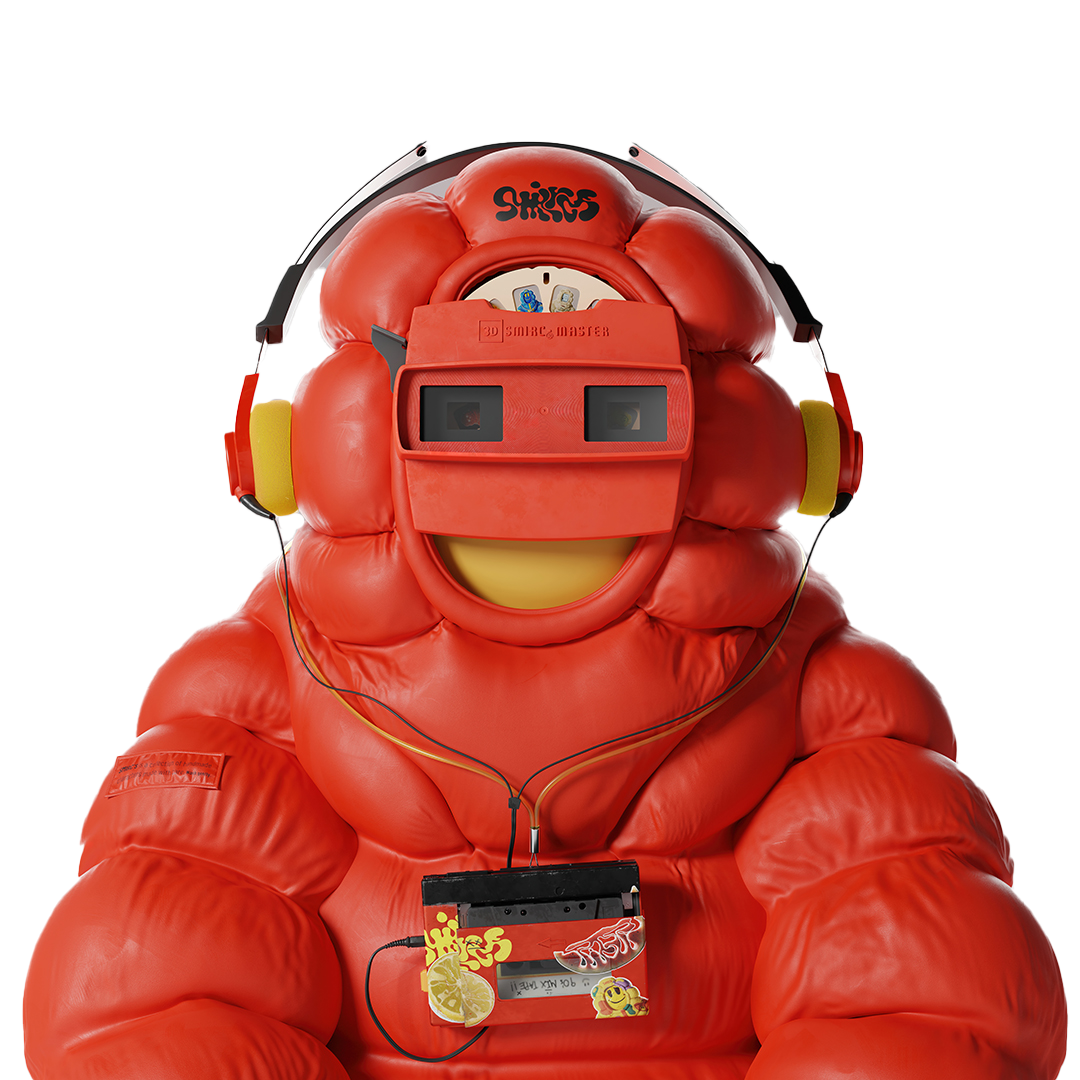 Smile they say, but what do they mean?

This is an ever pondered philosophical paradox for the inhabitants of Smircia, the 16th planet in the Kuiper Belt, for they do not know how nor have they ever managed to fully comprehend exactly what it means. Through the passage of eons, the unique climate of their ecosystem has shaped their abilities to perform something quite remarkably different - not to smile, but to smirk (or rather perhaps, as many Oxford academics, lindquists and other profound scholars would argue - they 'smirc'). Though these creatures rarely visit the exotic (and by them considered much more dull) planet that its apelike descendants have rather uninspiringly named 'Earth' (meaning 'dirt') - when they do, they arrive with flair.

With humanity's failure to embrace Kanye's presidential candidacy, one believed by the citizens of Smircia would have ushered in centuries of peace, prosperity and countless technological advancements for the human race - in an effort to change our ways, its high council has sent out a delegation party to Earth, and it comes bearing gifts. As unique as the constellations in the night sky - portraits, of the finest and most prominent members of their kind, each with its own personality, character traits and style.In accepting one, you accept citizenship in Smircia and may be called to serve in its many and highly renowned vodka induced party-wars with the planet Yolo.

The legions are armed, the battle is nigh - the entire Smircian race now stands in silence, for the dawn of their time may finally have come to arrive. With highest reverence and awe, they await the prophesied answer, one the old oracle once determined would yield the outcome for the Smircian race for millenia to come. The prophecy has told of the birth of an elite, the 'exceptional few', members of the human race, a select group uniquely able to provide an answer to a singular question that has echoed through the annals of Smircian history. In the words of the oracle of old - the question is now put to you 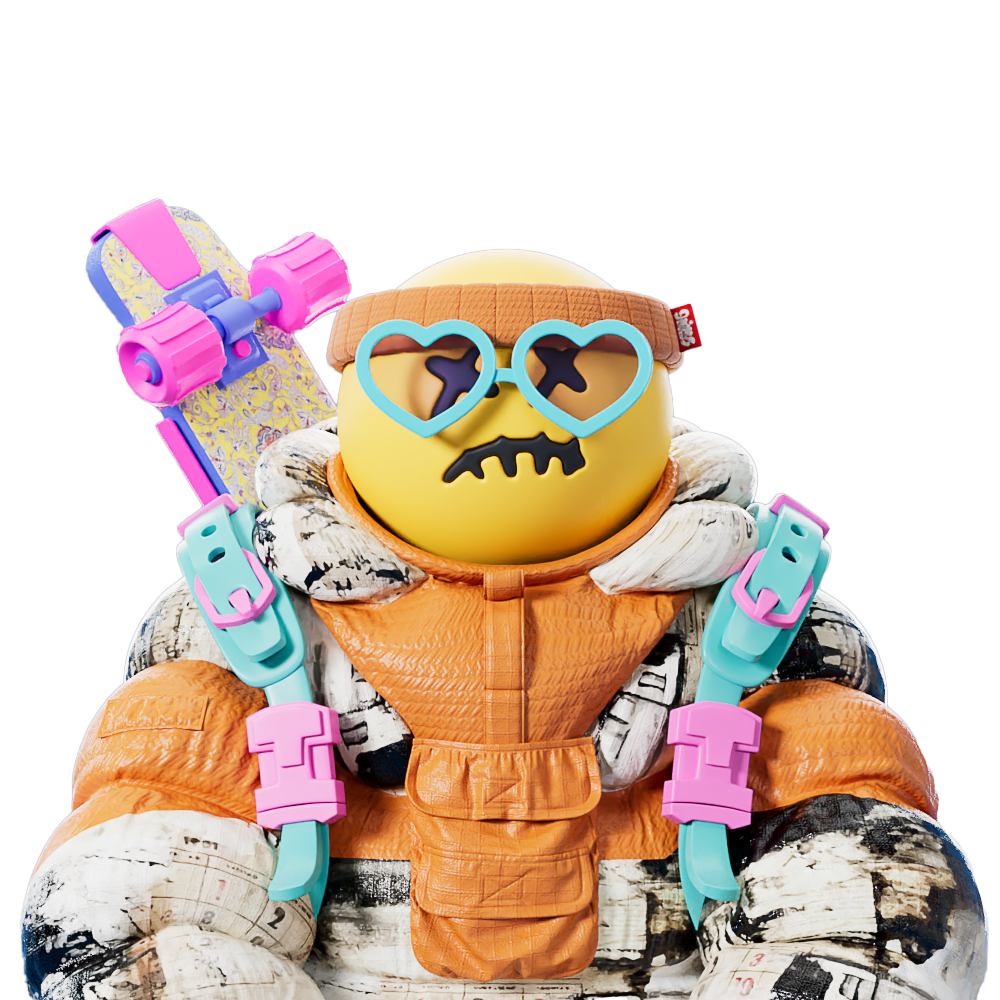 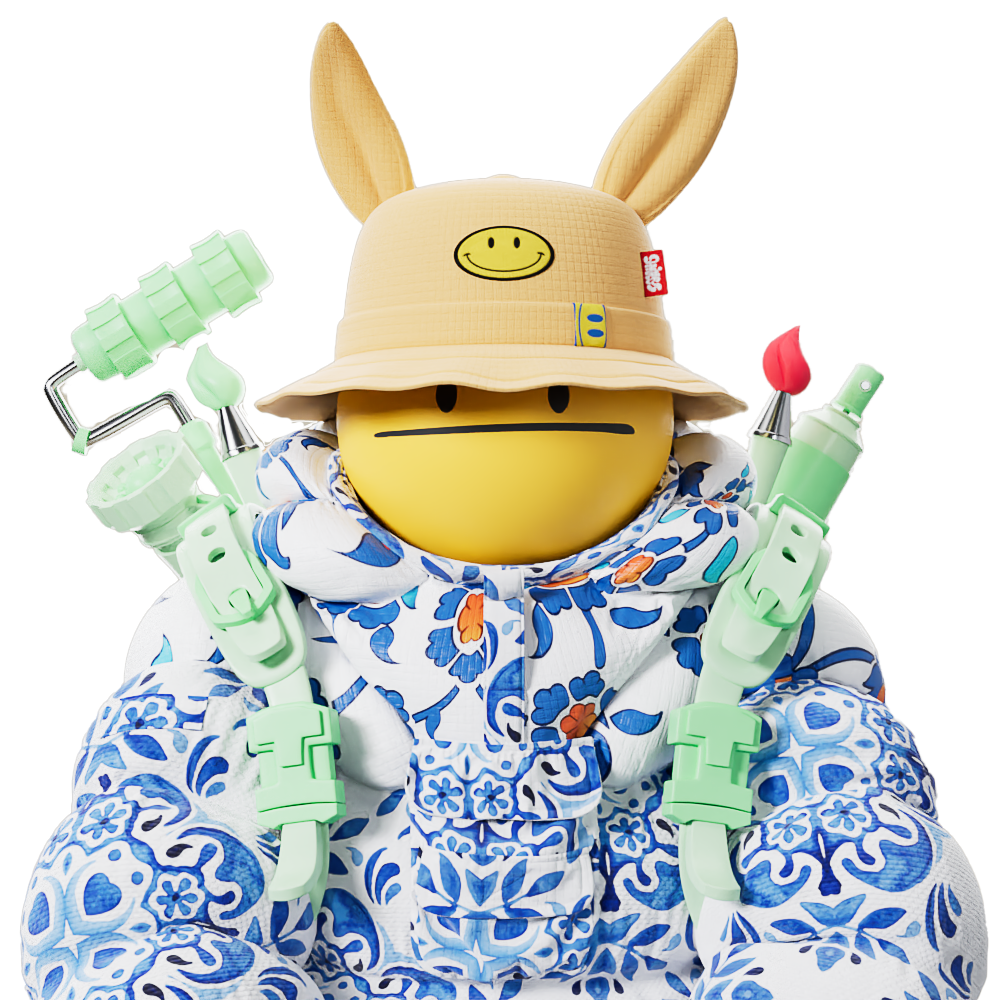 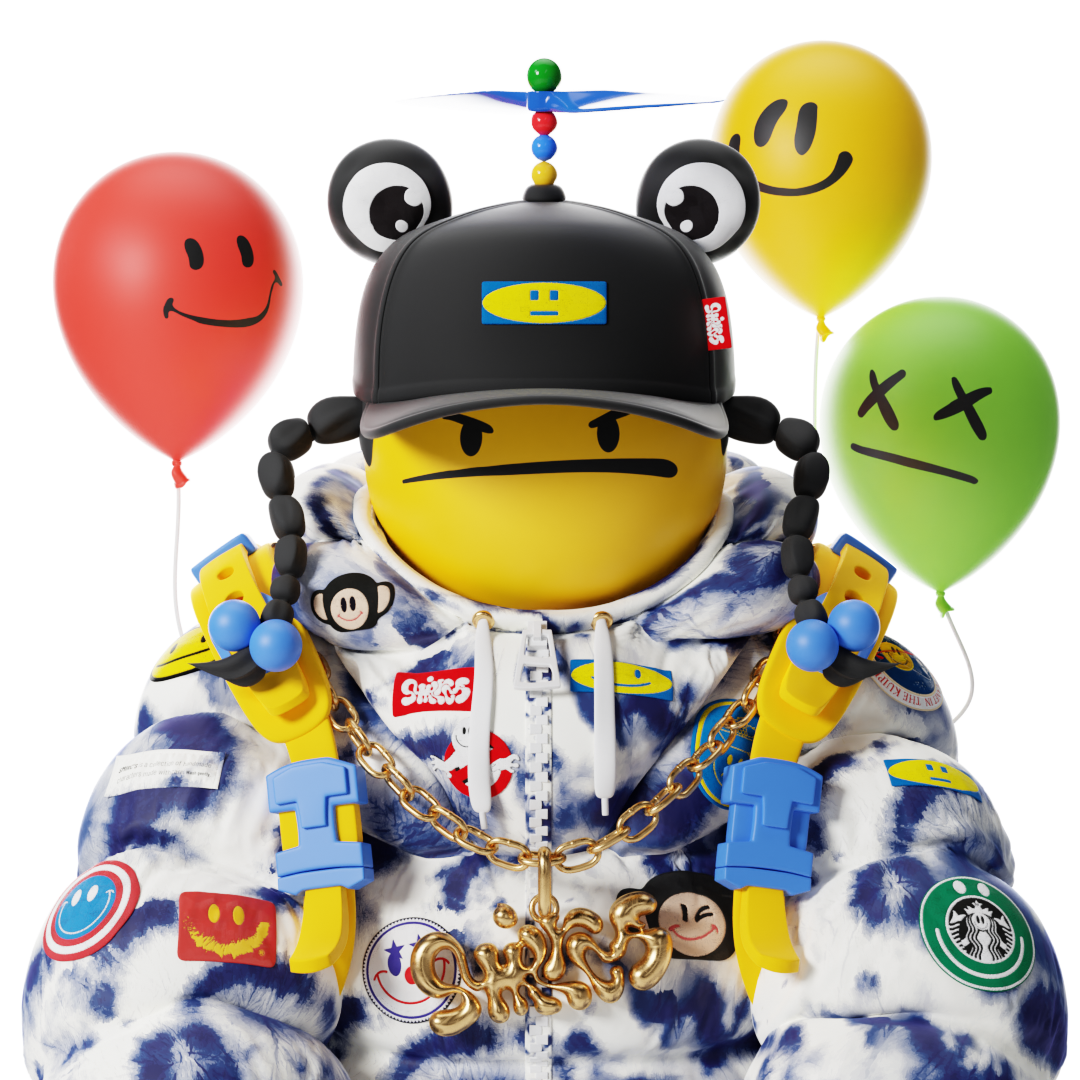 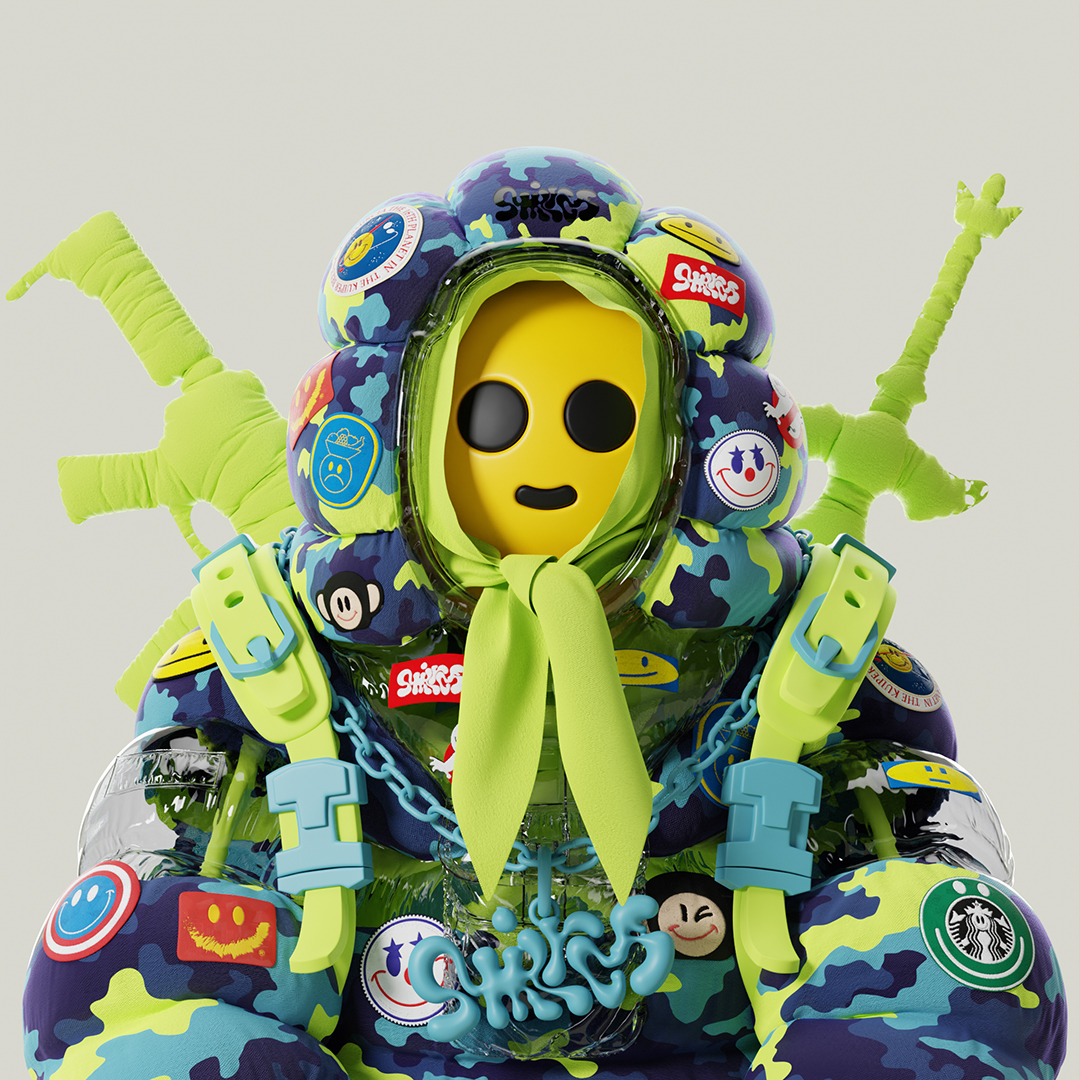 Few in numbers, Elder Smircs have existed for countless centuries and have witness Smircian society evolve through many eras.

Their immense power is born out of war and hardships. Their ancient wisdom sources from time and experience. This power and wisdom establishes them as the long lasting pillars of Smircia. 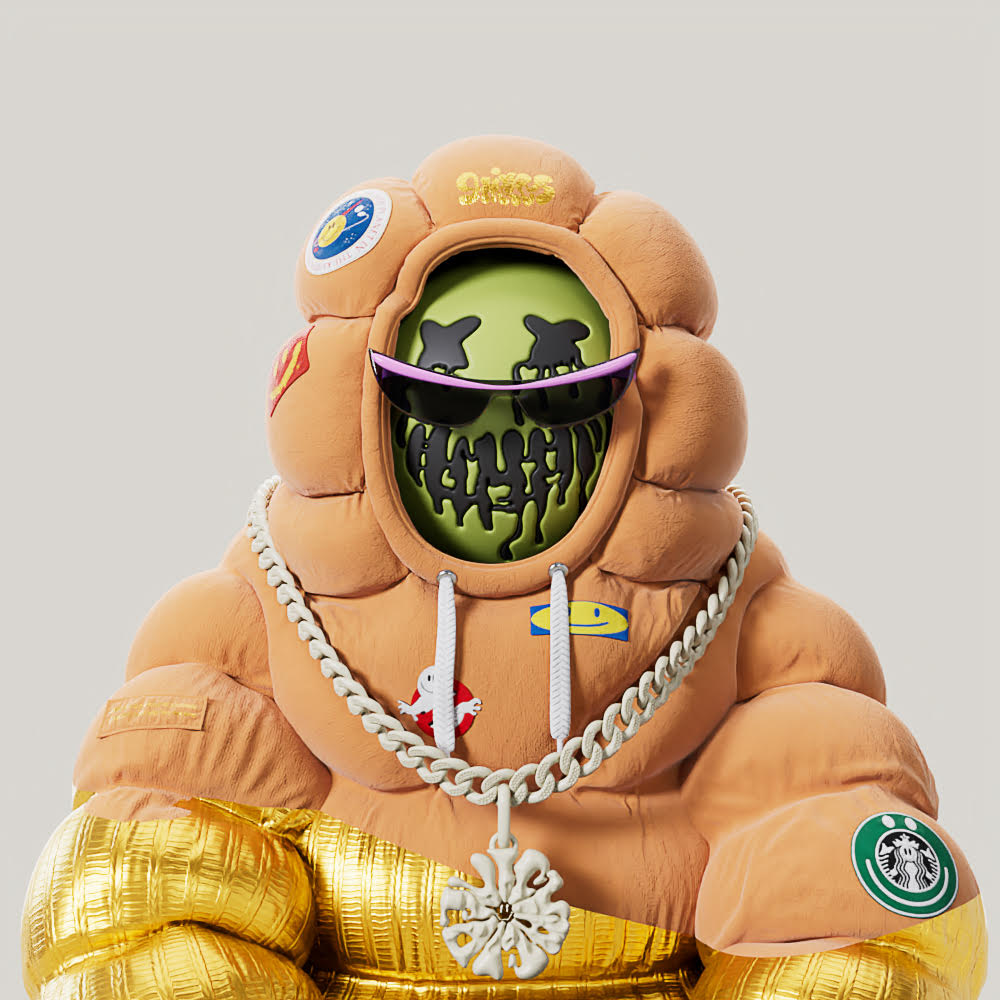 Phaedo Smircs speak very little, have a tendency to spook others, and are incredibly powerful in their Blueshift capabilities. Their ghostly disposition & habit of communicating only in illusions, leads many to wonder if Phaedos even exist in the physical realm at all.

These immortal souls are rumoured to be Smircs who continue to exist among us in their after-life. Most Smircs happily expire into stardust, after their very full thousands of years of exploring, learning & partying. Yet some, with an extreme yearning to remain on our plane of existence, are able to manifest their souls into an illusory Phaedo form.

Whether they're lost & wandering, or determined to finish some unfinished burdens or duties, their brief appearances on Earth may be linked to many unsolved "supernatural phenomena". 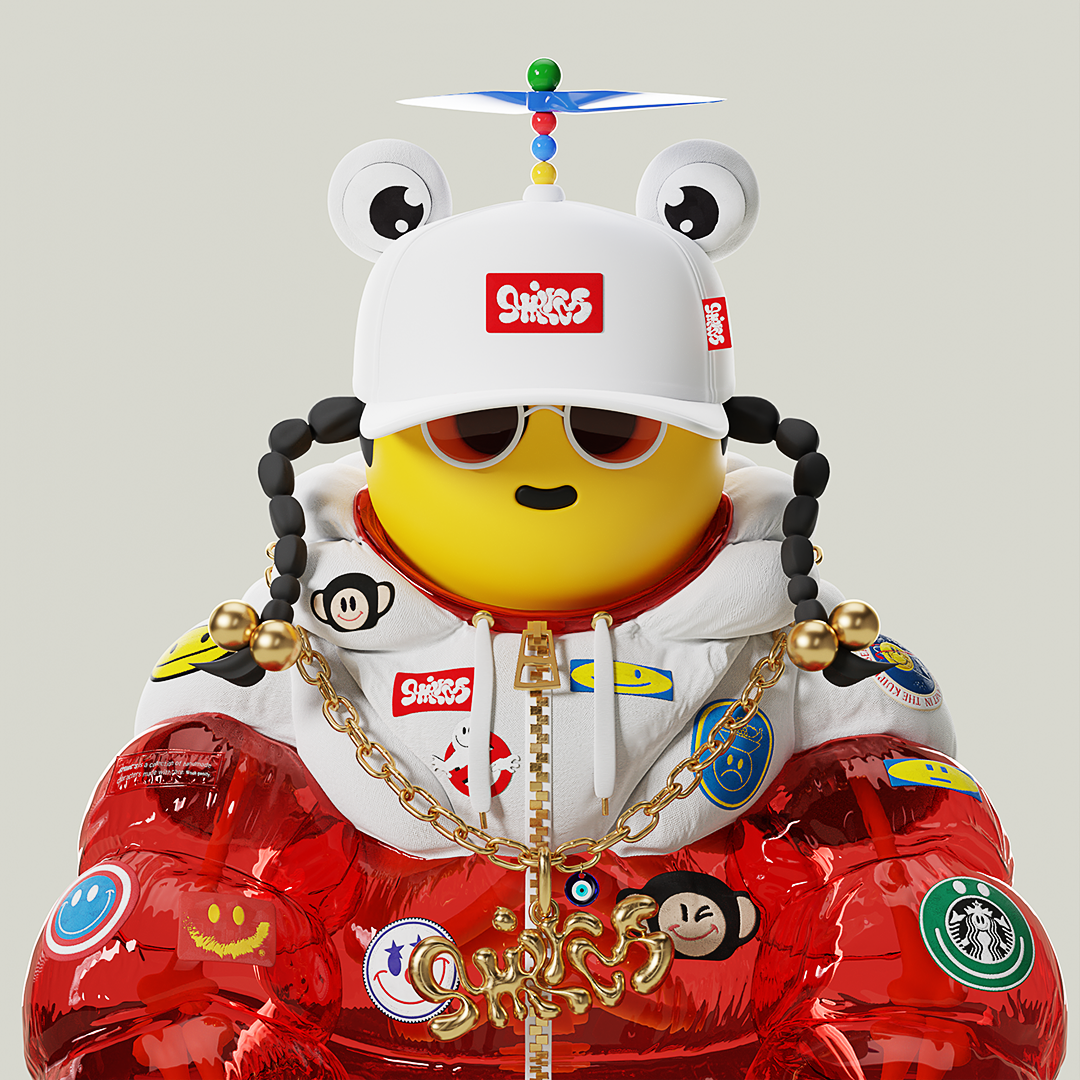 Travelling light and known for their quick speed, Helios are the early Smirc scouts sent out to any newly discovered, unknown corner of the universe.

Their strengths are stealth and information gathering. By the time a civilization is suspicious of being observed, the Helios scout has already disappeared back to Smircia.

Helios also pride themselves in their transparent suits, worn in honour of the very first Smirc to have ever flown into space in an early-prototype clear space suit. 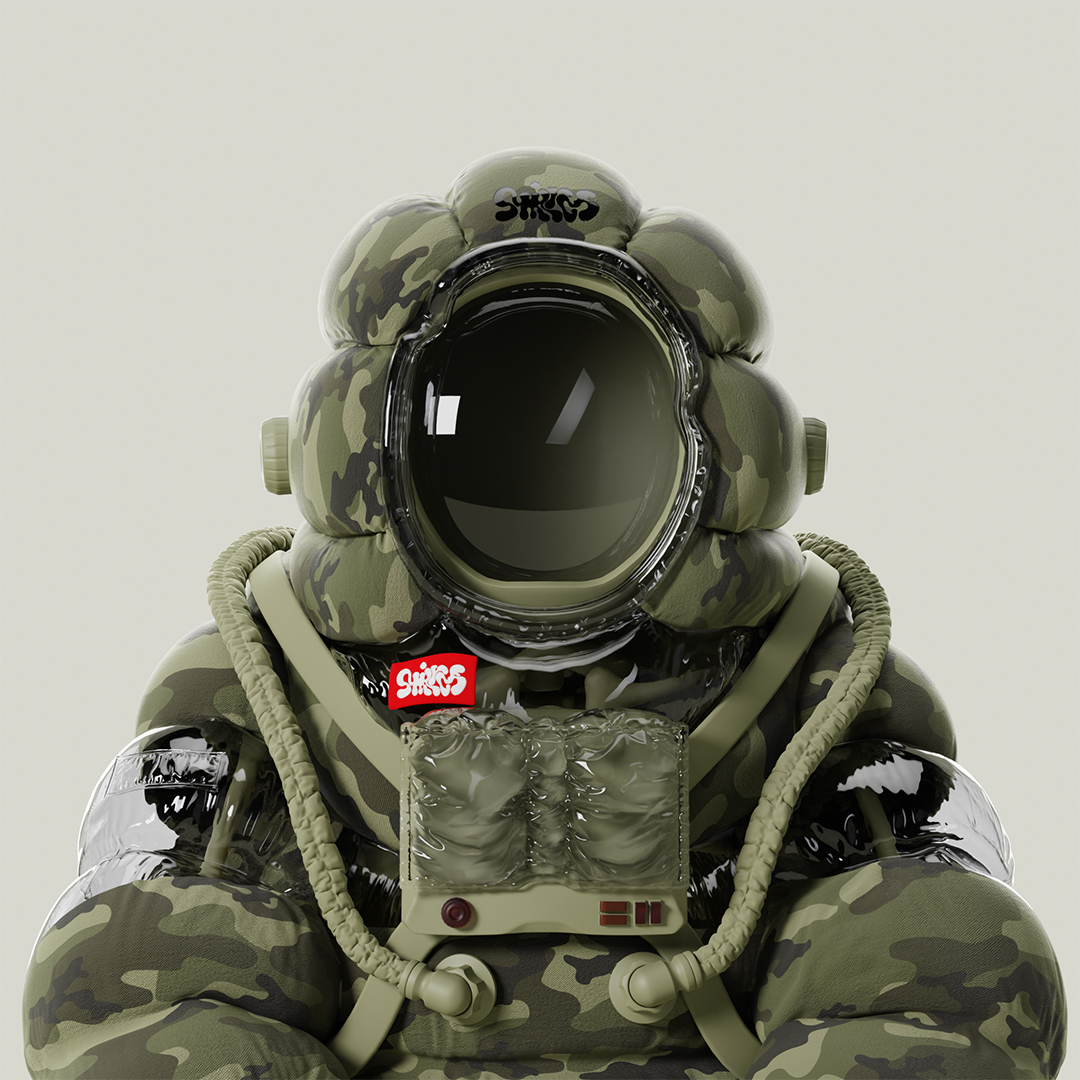 In hidden temples across Smircia resides the Oracles, one of the most powerful & revered classes of Smircs. Even though they're born blind, they perceive on a much higher realm than others.

Ever since the first primitive tribes appeared on Planet Smircia, Oracles have held a respected position in Smircian society. They are secretive leaders, spiritual counsellors, and if the rumours are true, future seers.

Their prophecies have directed the paths of Smirc explorations since before recorded history. This guidance have lead Smircs to not only survive, but to prosper in an unpredictable and dangerous universe. 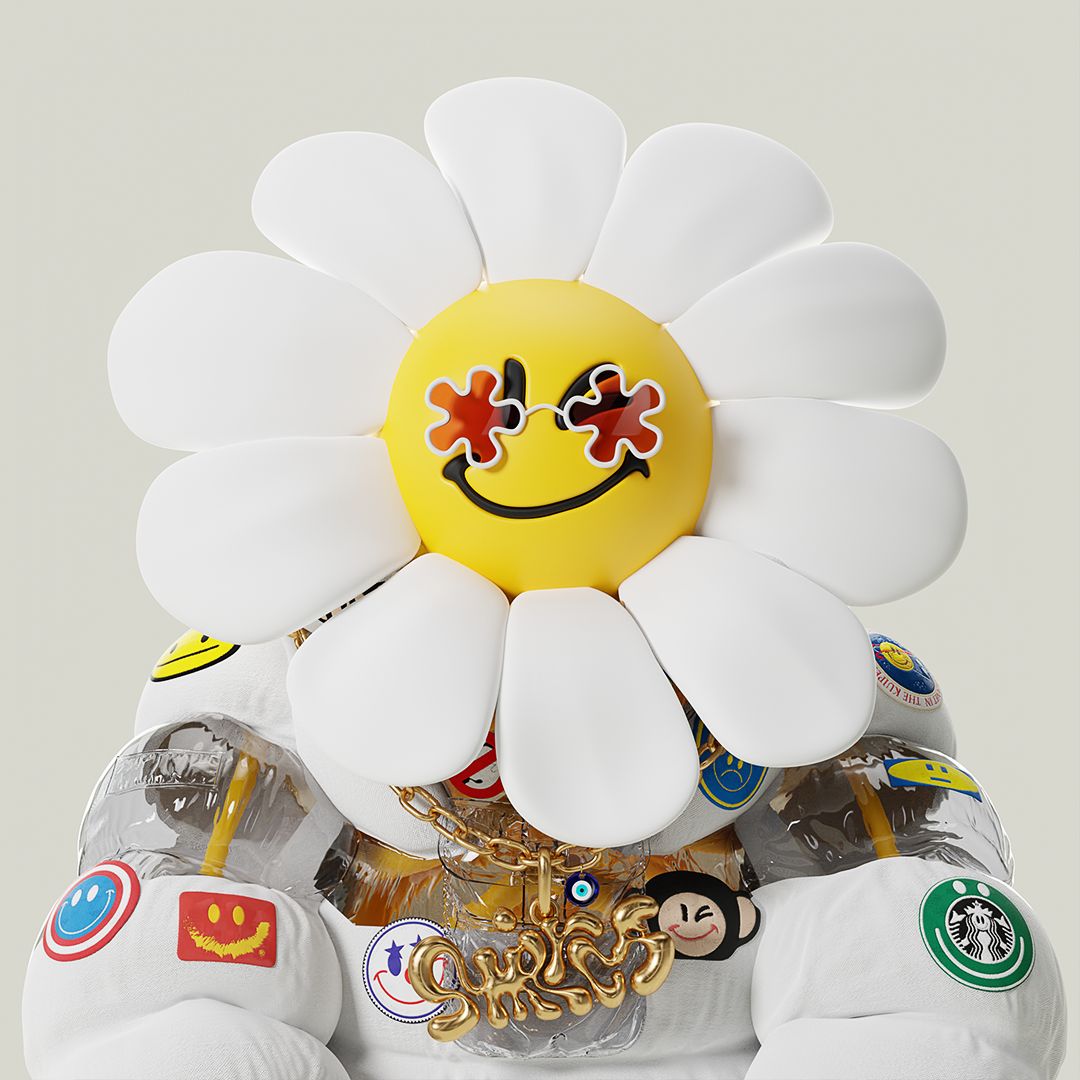 So connected to nature are these particular Smircs, that they have turned into ephemeral aspects of nature.

The elements flow within Flora Smircs, and surface in ceaselessly changing ways. All depending on their shifting moods and long enduring interests. This conjunction with natural elements also manifests in a mastery of Redshift capabilities. 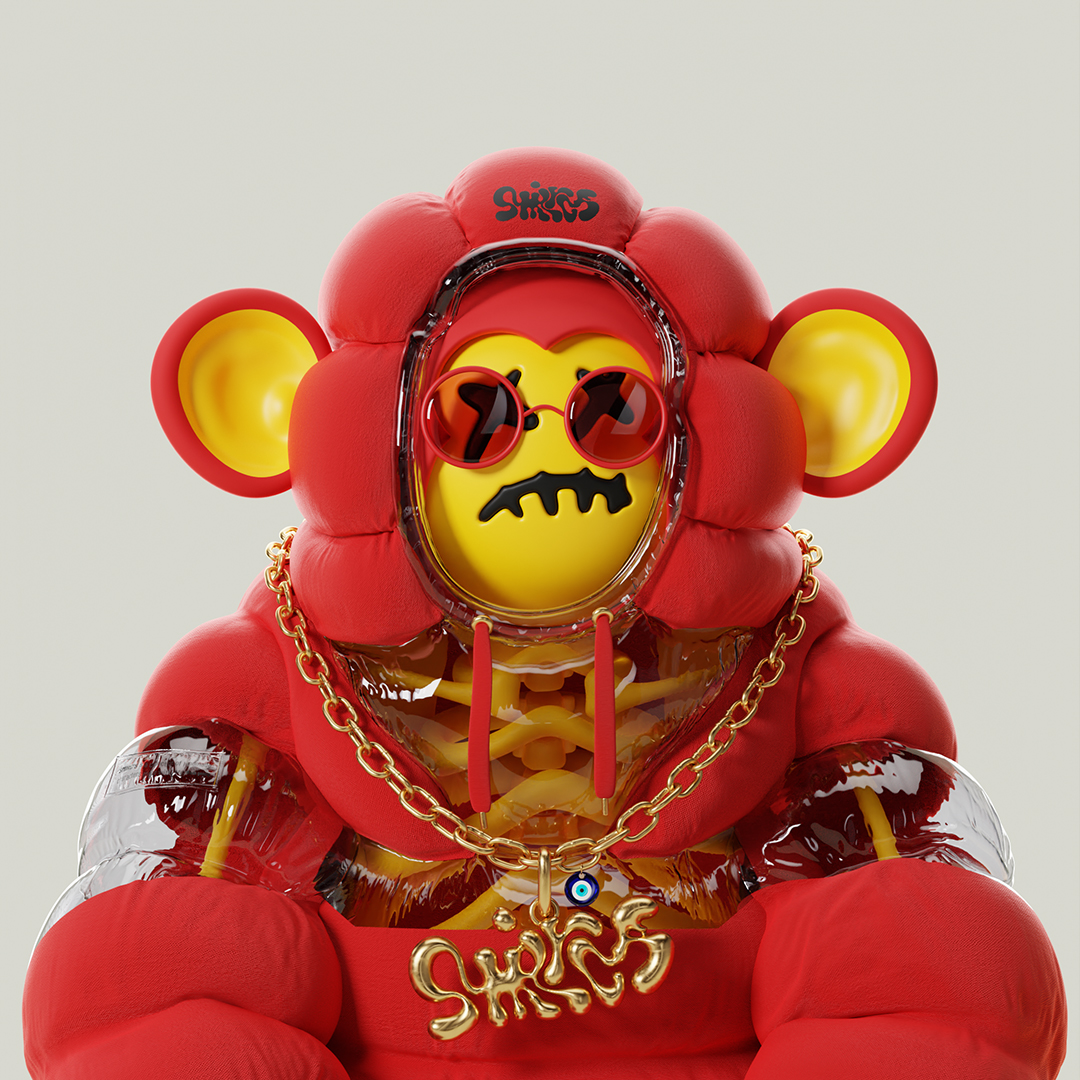 In the sprawling jungles on Planet Smircia resides these Primate Smircs. Accustomed to only the hottest and most humid of climates, these Smircs shunned the first towns and cities that developed. Turned off by industry, Primates prefer a simpler life of lounging in trees, hanging with friends and eating their beloved banono fruits.

When word spread that there were even warmer jungle planets and even sweeter fruits than banonos, the Primates were finally convinced to leave their jungle homes. 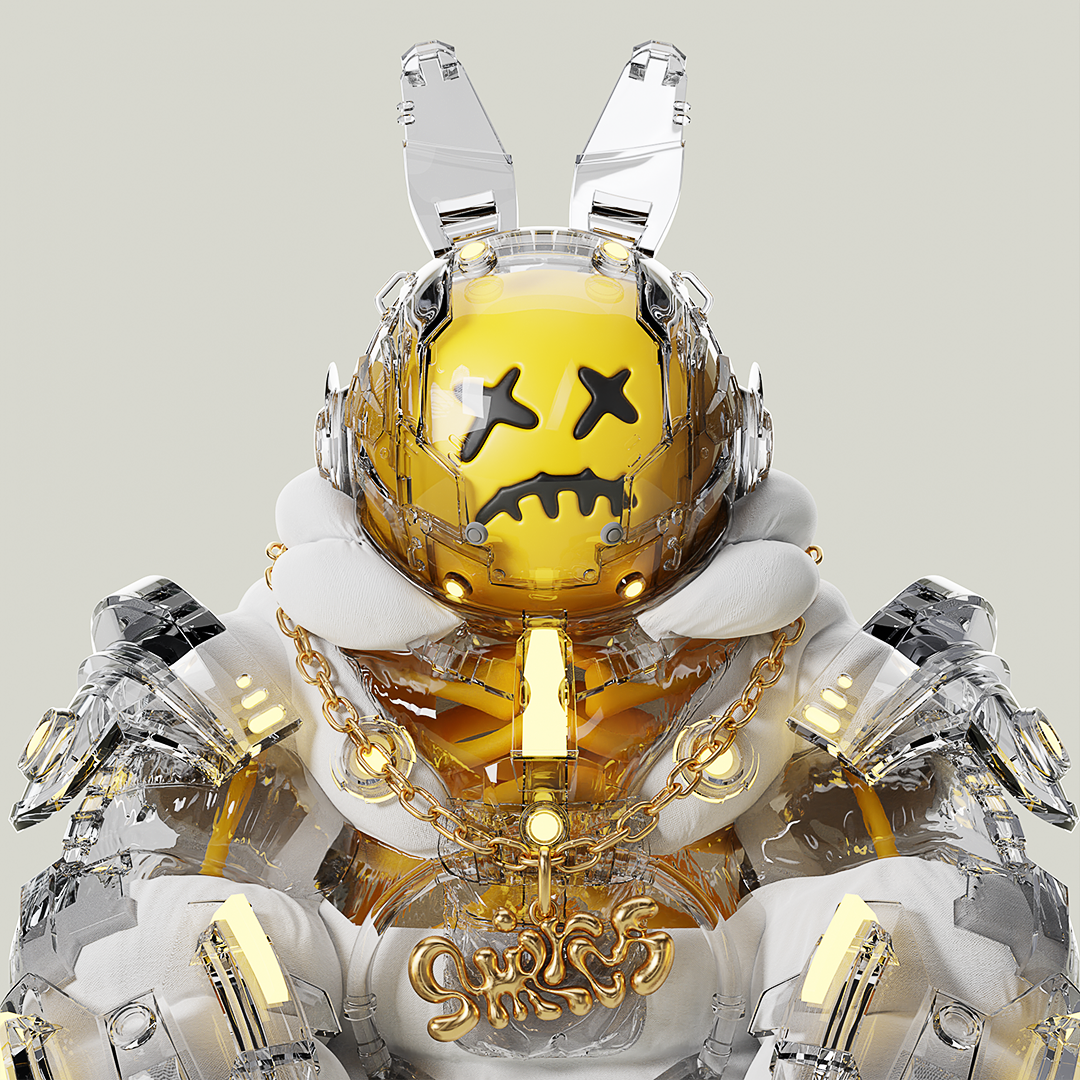 Only the most technically gifted of Smircs are accepted into Pilot training, where for many years they learn the science and art of space flight. Over the years they gain mechanical attachments to their suits as befitting their specializations & experience.

Their engineering capabilities are such that they can repair their ship under any condition. With a combination of intellect and bravery, these Pilot Smircs eagerly fly into the great unknown that is the abyss of space 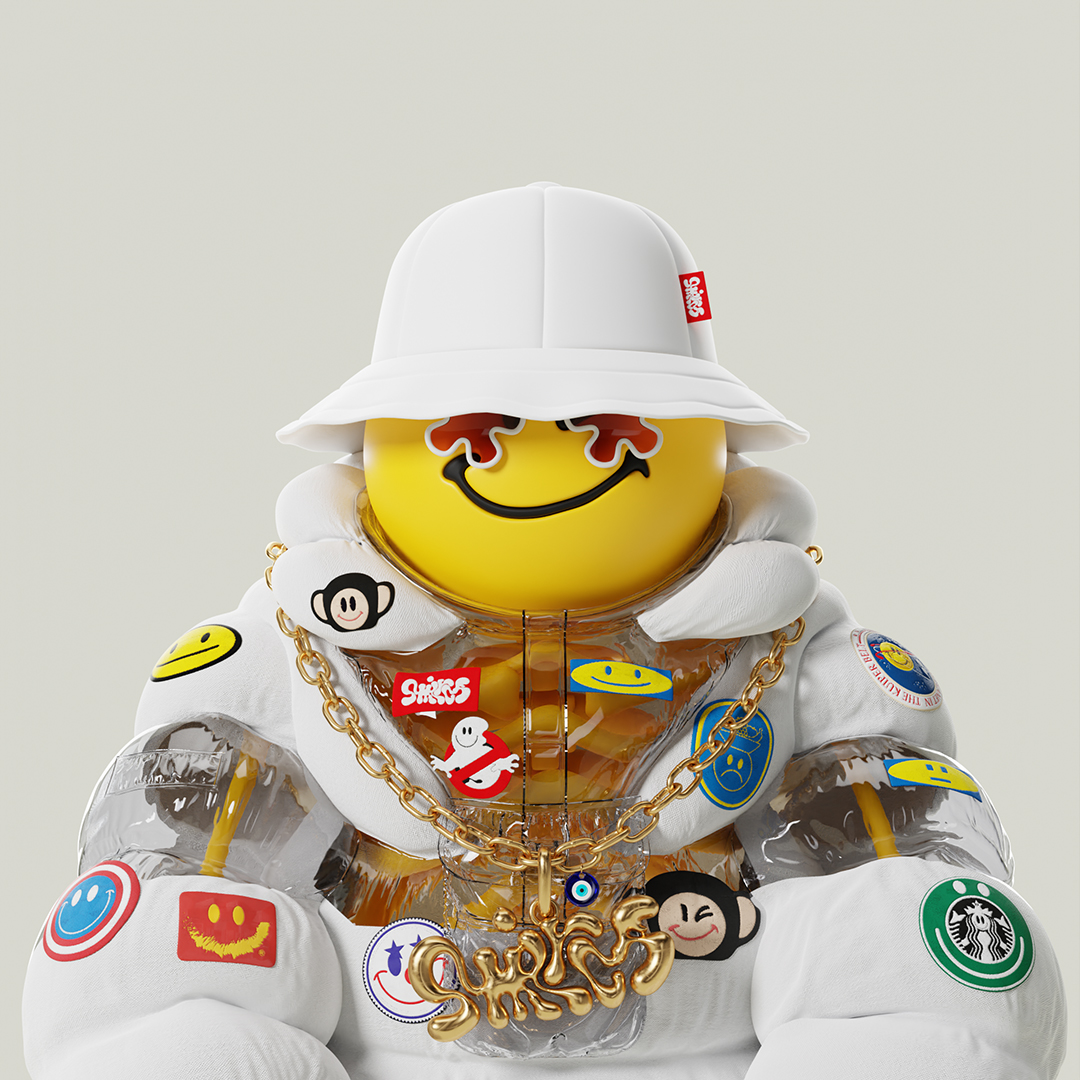 Mostly consists of Smirc youths who are on their first expeditions beyond the Smircian solar system.Fun loving & impulsive, their journey into the stars have just begun. 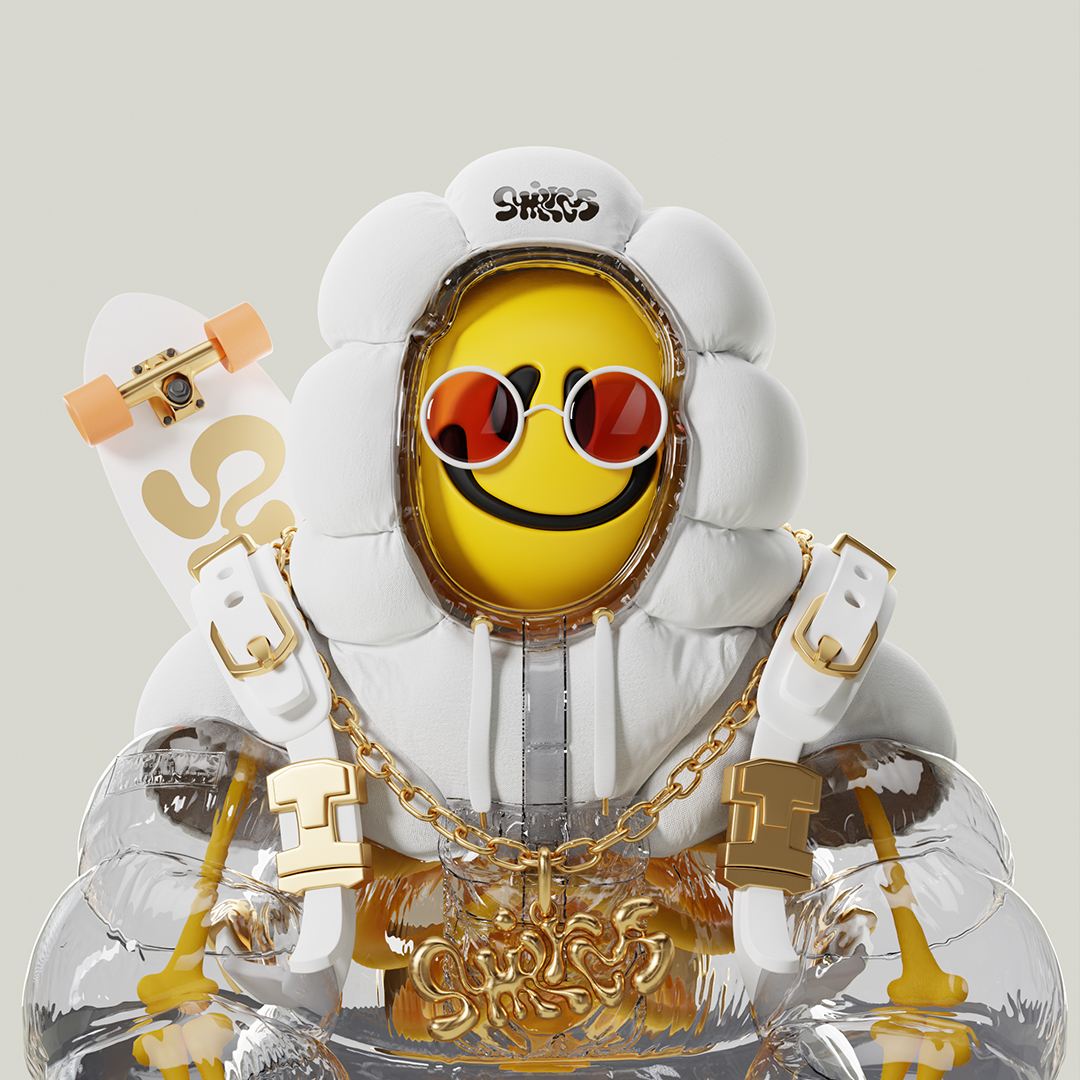 The joyful & peace-loving Smircs were once on the brink of extinction due to powerful war-mongering enemies. This was when the common Explorer Smircs first began stretching all across the galaxy en masse.

Relentless in their curiosity & with determined good-will, these early Explorers built friendships with all civilizations they met & discovered ancient runes of fallen races. They returned to Smircia with the secrets of Redshift & Blueshift, as well as how to best train a Gatekeeper to defend Smircia.

Highly charismatic, when a cheerful Explorer Smirc passes by, even the most reluctant & grumpy asteroid golem can't help but crack a slight smile. 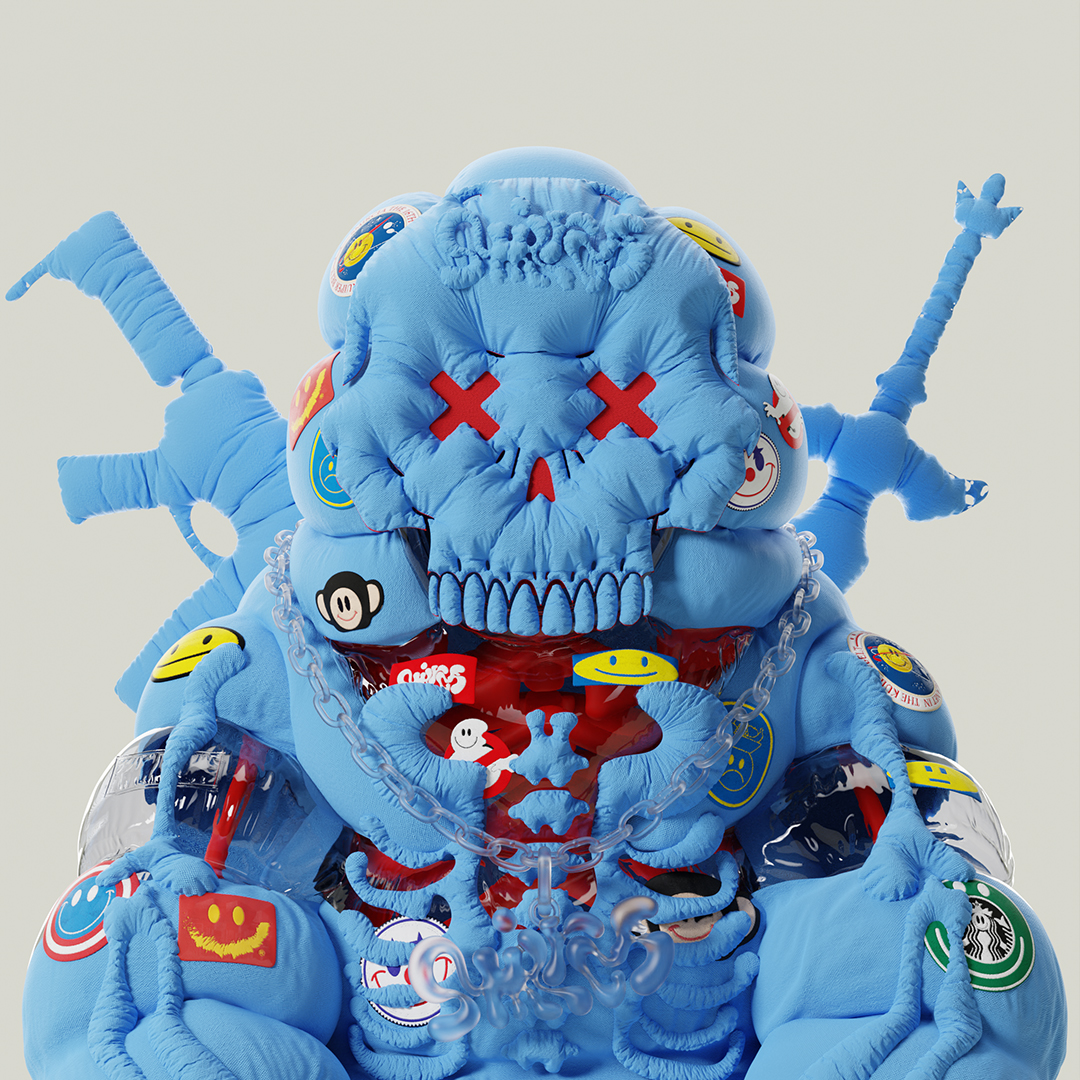 The process to become a Smirc Gatekeeper is long and arduous. Only those with the most promising physical & Redshift capabilities are plucked from their care-free childhoods on Smircia & shuttled to Darüüd Moon.

For 80 relentless years of training, these Smircs must also survive 80 trials of every imaginable danger. Those who pass are skilled and deadly defenders of Smircia & it's interstellar transport gates. They also act as protectors of all the wandering Smircs scattered across the universe. 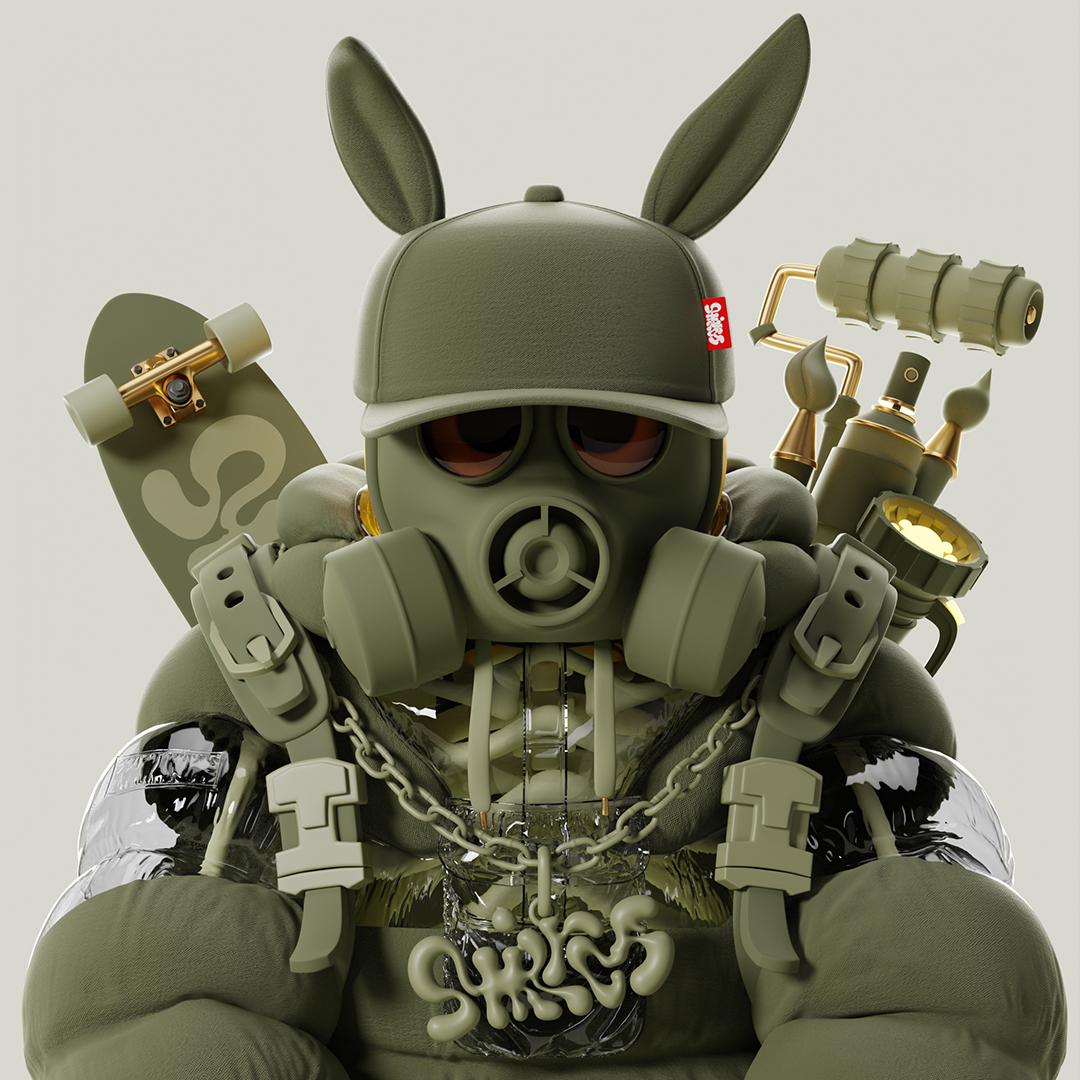 While many stories are told and retold every day, few of these stand the test of time to be considered mythology. Sometimes heroic, sometimes tragic, the adventures of these Legend Smircs have always been recounted many times, over many generations.Unlike most myths, these Legend Smircs exist to this day, and on rare occasions appear unexpectantly during times of great need and desperation. With their unparalleled power, they continue legendary feats that spurs the next chapter of their mythological stories.

Creative director and graphic designer who has collaborated with brands such as Post Malone, Dre London, H&M, Polestar, Montreality.

Award winning 3D & VFX Artist working in the film & television industry for 15 years. His most recent work was for Netflix's Love Death & Robots.

Managing Director with 25 years of experience as CEO and Board Member for some of Scandinavia's most prominent creative agencies.